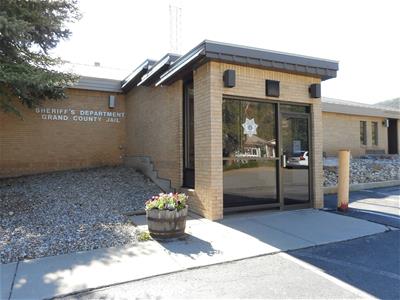 Grand County was established in 1874 by the Territory of Colorado, thus becoming a county two years before Colorado became a state. It was named for the Grand River, the name by which the Colorado River was known at that time. The county was formed from a portion of Summit County but acquired its current boundaries in 1877, when part of the Grand County was used to create Routt County. The area of 1,854 square miles (larger than Rhode Island) consists of meadows, river valleys and mountains.

The County Seat is Hot Sulphur Springs, which is also where the Grand County Sheriff’s Office is located. Hot Sulphur Springs was originally a summer campground for Native Americans who came for the hot springs. The Town itself was established in 1860 making it the oldest town in the county and originally named Saratoga West and sometimes called Warm Springs. In 1863 the name was changed to reflect the hot springs in the area that were used for medicinal purposes, and on September 8th, 1874 John Baker became the first elected sheriff of the county.
The River in our patch depicts the headwaters of the (today’s) Colorado River which are located in Grand County, and the snow capped mountains represent the Continental Divide that runs through.